Did you know there’s actually a way to instantly stop losing money on your ad campaign?

If you have direct control over your campaigns like on Adwords or Facebook, all you need to do is pause your campaign to stop the bleed.

In most cases, this is the right thing to do so you can take a step back and see why your campaign is not working.

Most people think they have to go and try a different traffic source to make their campaign profitable, but this is not the answer.

Usually, the answer is one of two things:

Both of these are fixable, and they require taking a look at two different things.

To fix the first issue, you most likely need to make adjustments to your ad and your targeting.

Take your best performing ad so far, use it as a control, and make adjustments to create a new version that you can run simultaneously.

See how the Click Through Rate (CTR) on the new ad performs compared to the original ad.

If it’s better, repeat the same process using the new ad as the control.

If it doesn’t perform better, try another version.

Which is changing your target.

Take your best performing ad, and run it to different targets.

Then, after a few days, take that same ad, and run it to another set of targets.

After another week or so, you should have dialed-in your targeting based on Click Through Rate (CTR).

Now, all this has really done is get the people you believe are the right target responding well to your ad.

Throughout this process, you may have made some sales, but your campaign is probably still not yet profitable.

So the next step is to take a look at your funnel.

It really doesn’t matter how big your funnel is.

Each step in the funnel needs to accomplish the job of moving someone to the next step.

If your prospects are not moving from one step to the next in your funnel, that’s where to start.

Examine that step in your funnel that’s not working as well as it could be and start making adjustments.

Tweaking all of these areas can have a dramatic impact on the success of your funnel.

Even just tweaking one or two can have a very positive impact from where you might be right now.

Feel free to split test the adjusted portion of your funnel, or if the previous version wasn’t producing any results, just use the new version.

By making adjustments to the process you use to fill up your funnel and adjusting the funnel itself, you can take a campaign that’s been losing money and turn it into a winner.

How much money are you LOSING every month by not systematically optimizing your funnel?

This can easily be in the tens of thousands of dollars.

Now, if you’re a coach or consultant and feel you’re ready to step up to the next level – stop trying to figure it all out on your own and make sure you don’t go around the calendar another year without seeing the success you deserve – click here now.

I might be able to help you by mentoring you and giving you a step-by-step system that I use to build my own consulting business. Click here now.

P.S. It’s NOT right for everyone – but if you feel having me working with you almost “daily” and giving you a proven step by step system to follow will help you get to the next level, then click here now for more details. 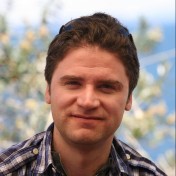 I help people build their businesses using sales funnels, email marketing, and paid media. When I'm not working on my latest marketing campaign, I'm out riding my bike around NYC.